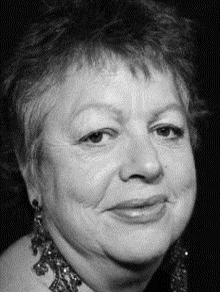 One of the finest comediennes' on the stand up circuit, she is a great choice for any event particularly for those live corporate events that need that extra bite!

Jo has built a large following across the UK. She was nominated for the Perrier Award in 1992. Her ‘Through the Cakehole’ series met with great acclaim, as did her 1996 series ‘All the Way to Worcester’.

Her diverse appeal is marked by appearances on such eclectic programmes as ‘Question Time’ to ‘Nevermind the Buzzcocks’ to ‘Countdown’. She presented ‘Jo Brand's Commercial Breakdown’ and her series ‘Jo Brand's Hot Potatoes’ was very well received.

She is now the host of the BBC Two series ‘The Great British Bake Off: An Extra Slice’, which had its second series in Autumn 2015.

Contact us today for further information on Jo Brand or to make a booking.