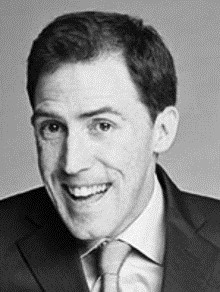 Comedian and actor, Rob Brydon is an excellent choice for stand up comedy or awards hosting at live corporate events.

His easy going manner and wry commentary on the world around him ensures any audience can relate to the comedic slant he delivers about the events going on around him.

Rob came to the public's attention in 2000, in ‘Human Remains’ and ‘Marion & Geoff’, winning British Comedy Awards for both. Since then his comedy credits have ‘The Keith Barret Show’, ‘Black Books’, ‘I'm Alan Partridge’, ‘Little Britain’, ‘Jack Dee Live At The Apollo’, ‘Rob Brydon's Annually Retentive’, ‘QI’, ‘The Big Fat Quiz Of The Year’ and ‘Gavin and Stacey’.

Contact us today for further information on Rob Brydon or to make a booking.